Another quick walk this morning, as Ted and Benji were due at the Groomers for 11:00am. Main highlight was the male Lesser Whitethroat still sing at the cove.

Here are my sightings, images and videos from this morning: 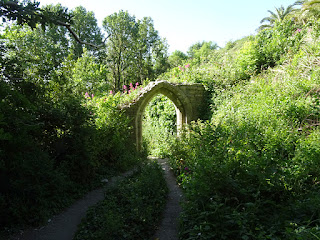 At the bottom of Penns Wood is the Ope (opening) to the grounds of St Andrews Church, which yet again was a bit of a magnet for a whole host of invertebrates. 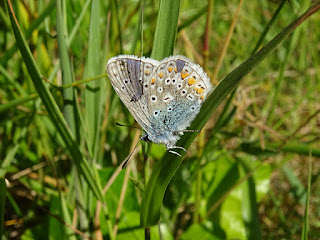 What would have been a pristine Common Blue, but sadly with chunks out of its wings. Was this the handy work of a female Broad-bodied Chaser, I saw whizzing about the church grounds. Possibly!! 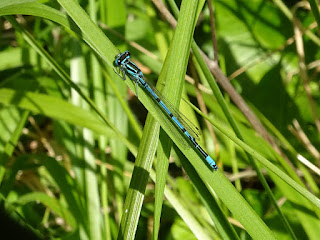 At the other end of scale when it comes to Dragonflies and Chasers are Damselflies. And this morning there was this Azure Damselfly and.............. 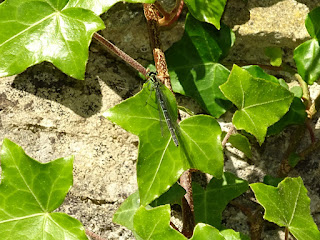 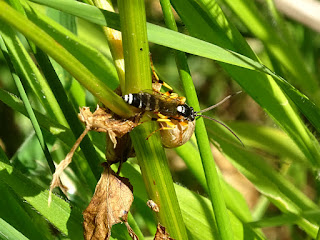 If I've got this right, this an Ichneumon sarcitorius 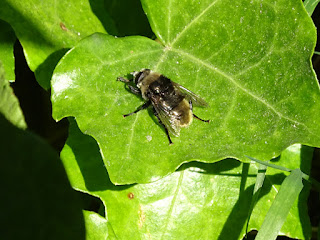 A bit easier to ID. This is a Narcissus Bulb Fly. This Hoverfly is variable in its colours allowing it to resemble several species of bumblebee. The reason it mimics bees is a form of protection from predators. 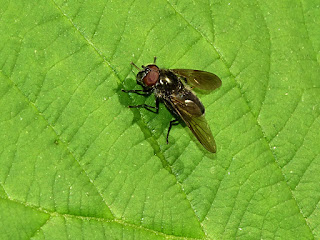 This is another hoverfly, which looks more fly like than a hoverfly. Unfortunately there are a few similar looking species, so this will remain as a Cheilosia sp 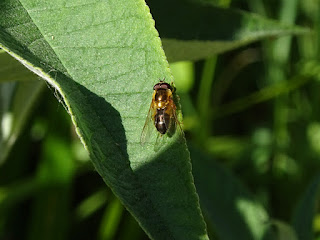 I know this one. This is yet another hoverfly and I think I have seen this almost daily now for several weeks. It doesn't have a Commom Name but goes by the scientific name of Epistrophe eligans. 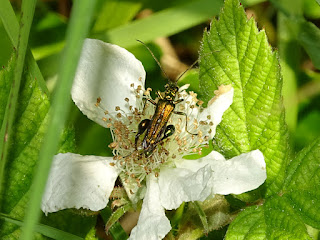 If you like seeing insects with a variation in colour, well this Swollen-thighed Beetle is a great candidate, with a colour range of green to gold. 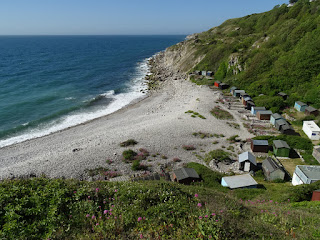 .........video of the waves coming up the beach, the male Lesser Whitethroat sang a few bars as he competed against the sound of the wind and waves. 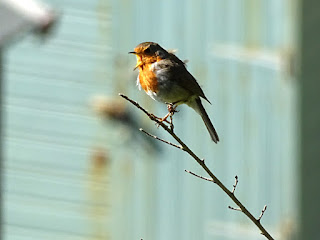 Another songster was this Robin.......

..........he also was singing in the wind. Though most of the movement in the video is me not being able to hold the camera still in the breeze. 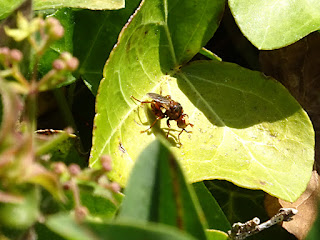 And probably one of the most unusual flies you will see on the planet. This a Conopidae or Thick-headed fly, of which there are quite a few species. This one is Sicus ferrugineus and one I have at various locations around the cove. 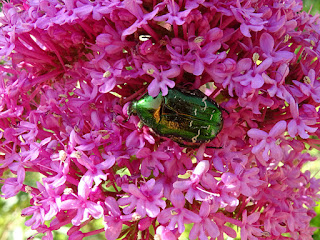 This is a very large beetle known as a Rose Chafer and whether by design or clumsiness, if you ever try to touch it, it immediately drops off the flower, leaf, stalk, whatever it is on to and into the undergrowth. I have attempted to move the flower on two separate occasions and both times it just fell to the ground. Coincidence, lets see what happens if I get another opportunity. 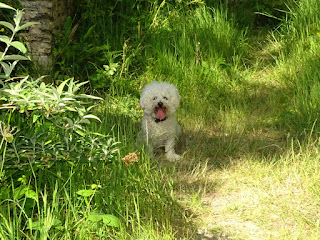 And last but not least Ted!! Who at this moment in time is oblivious to the fact that he about to become Shaun the Sheep at the Groomers.

Dragonflies and Damselflies Recorded: A female Broad-bodied Chaser and a pair of Azure Damselflies