Today I came across two leg-ringed Mediterranean Gulls here at Lodmoor. Unfortunately one had lost its plastic ring but the other had a partial number 425 which turned out to be E425 and was ringed in Antwerp, Belgium as a pullus on 12 Jun 10. 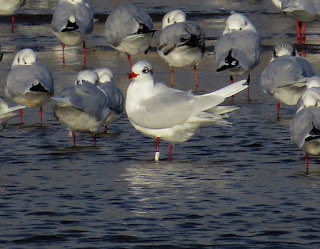 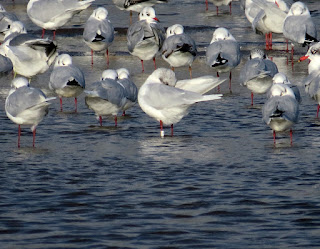 Fortunately that number was easily identified by the ringing scheme as E425 and is of a 17 year old bird.

Today I came across a Mediterranean Gull with what I first thought was a metal ring on its right leg. I sent the ring details off to Euring Here and they queried the ring believing it was a coloured ring. I had another look at the photos I took and they were right, the black letters and numbers were actually on a white plastic ring.

Well to cut a long story short I recieved these details on a ringing scheme here which originated in Denmark and then extended to Holland and Belgium. This particular Mediterranean Gull is approximately 16 years old and was ringed in Bruxelles, Belgium on 16 May 05. 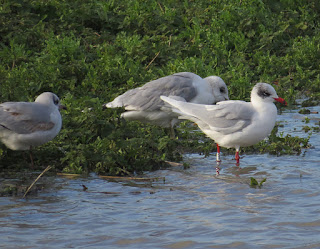 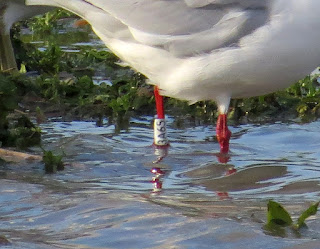 I have just come across this interesting video about the Portland Bound Stone on Chesil Beach.