Another excellent walk with 4 Firecrests found, plus a female Ring Ouzel and a male Blackcap. Two Clouded Yellows were an added bonus.

So with not much going on here I moved onto The Cuttings along Penn's Weare and came across 2 Firecrests and a female Ring Ouzel. It was still pretty quite here and so next stop was Church Ope Cove in the hope of seeing the 2 Black Redstarts seen here yesterday. Sadly they weren't to be found, but I did come across another Firecrest which was following a small flock of Long-tailed Tits and Chiffchaffs about.

An unexpected highlight here were two Clouded Yellows "dancing" on the north bank when the sun came out. I moved around to another spot to see if I could get a better view, but sadly the clouds came over and they didn't put in another appearance.

Pennsylvania Wood was very quiet, I suspect the Firecrest I saw here yesterday was the one following the Long-tailed Tits at Church Ope Cove.

Instead of following Wakeham I took a slight detour by the railway bridge and followed Bumpers Lane all the way back to the cottage. I'm glad I did as I came across 5 Redwings  and a mystery bird which I can only assume was a bunting/finch calling from a buddleia. It was a sort of repetitive "jowl", but apart from a bit of movement in the centre of the buddleia I never got to see what it was. There's always one that gets away.

Here are few images from today: 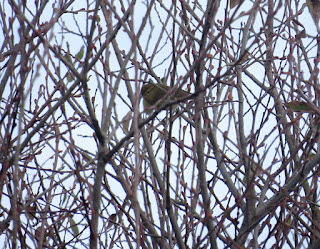 A lone Chiffchaff in Broadcroft Quarry Lane, where there was also a very elusive Firecrest 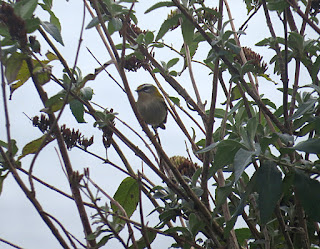 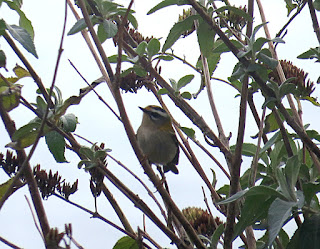 This one was by The Cuttings, Penn's Weare along with another one just out of shot. 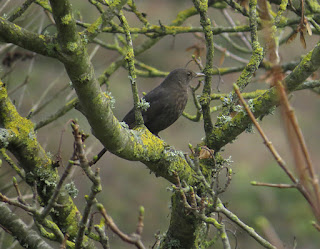 A female Blackbird in Penn's Weare, not the female Ring Ouzel which flew up from here and over the old Church Ope Railway track before heading south. 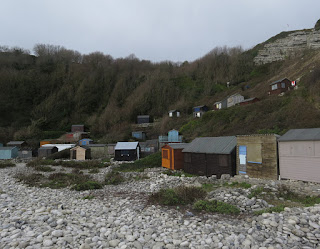 Church Ope Cove. In the centre is St Andrew's Church hidden by the ivy clad trees. This also where another Firecrest was seen today. 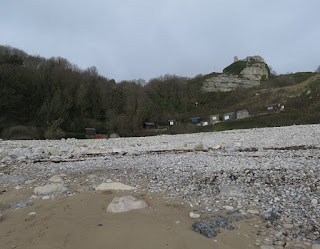 Church Ope Cove. Top right is Rufus Castle. Just below here is the a grassy bank where the two Clouded Yellows were this afternoon. 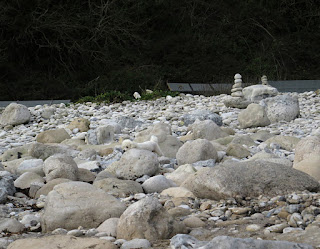 Ted trying to blend into the rocks. 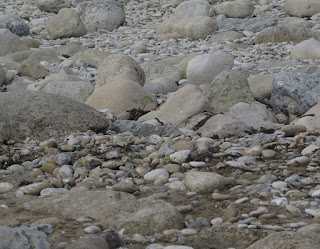 Just behind him a Wren peers nervously at him - dead centre. 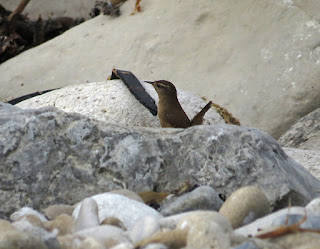 Okay a bit of zoom, he's definetly got his eye on Ted. 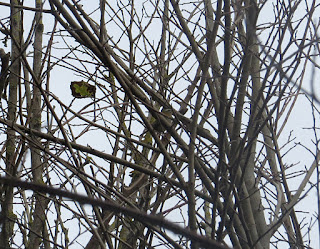 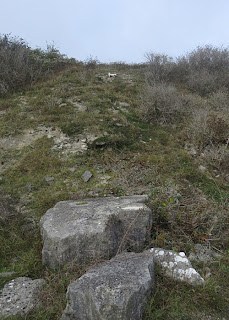 He's a bit of mountain dog is our Ted 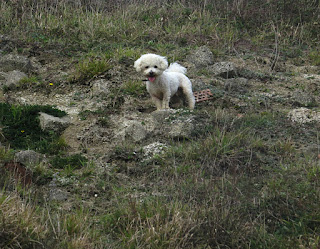 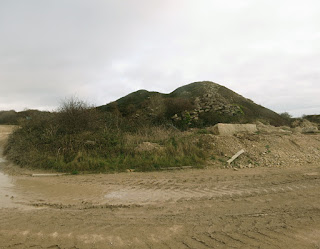 Back home well almost and the mound which bisects Bumpers lane to the right and Broadcroft Quarry Lane had 5 Blackbirds, 2 Great Tits, 2 Blue Tits and a male Blackcap all feeding on there.


I'm not going to win any awards for this video, but here are two Clouded Yellow butterflies on the south-facing cliff at Church Ope Cove this afternoon. When the sun was out they were "dancing" above the grass. I have slowed the video down a bit so that you can catch a glimpse of them.