This afternoon it was another walk around the local patch with the main highlights being 2 Coal Tits, most likely the Continental pair seen at the Obs on 18 Apr 18 . They were high up in the trees to the east of the Castle and then at the top of Penn's wood. Unfortunately the only photograph I have is the underpart of the tail. The position of Portland along the south coast means there is more chance of seeing Continental Coal Tits here than our own British Birds. 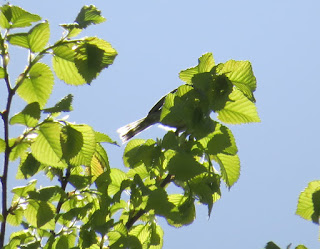 One of the two "Continental" Coal Tits around Penn's Wood today. 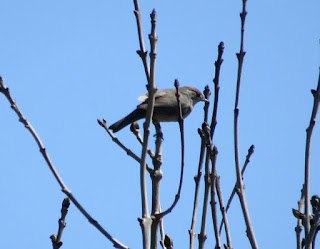 A female Blackcap at Rufus Castle 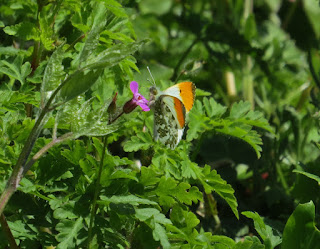 Lots of Orange-tips out today. This is the male. 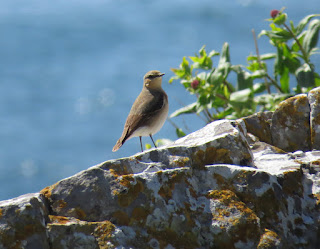 A Wheatear on the cliffs overlooking Church Ope Cove. 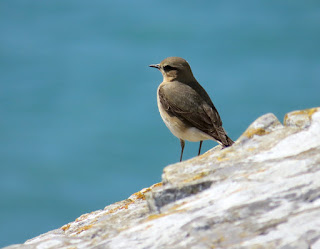 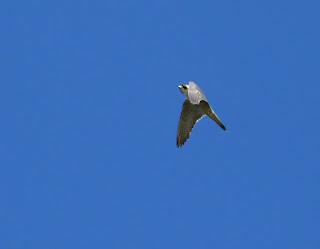 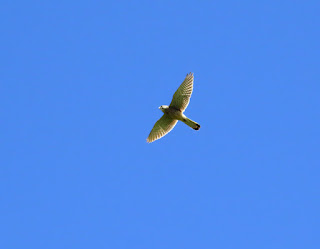 Whilst a Kestrel glides in. 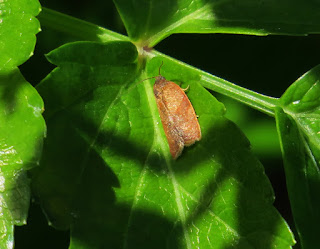 A Light Brown apple Moth I believe. There are several similar looking species. In fact on reflection I'm now thinking it is a Carnation Tortrix (Cacoecimorpha pronubana). 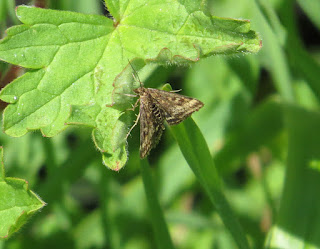 One to ID, though it does look familiar. In fact its a Rush Veneer (Nomophila noctuella) and was in the same area of Church Ope Cove where I saw my first one on 22 Jun 17 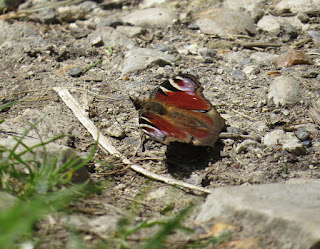 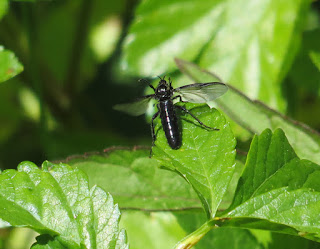 A Fever-fly ready to take off. 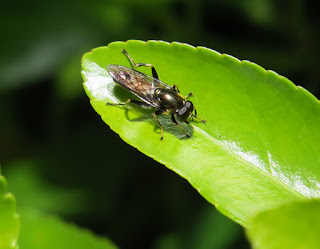 Not sure what this, so another one to ID

At the back of the cottage I came across a Sedge Warbler and a Garden Warbler both singing from the same bush, in the horses field to the north of Bumpers Lane. 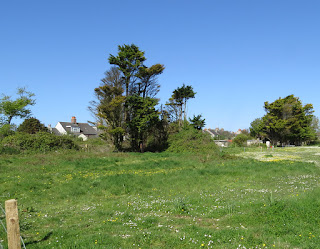 The horse field where both a Sedge Warbler and Garden Warbler were singing from the same bush. 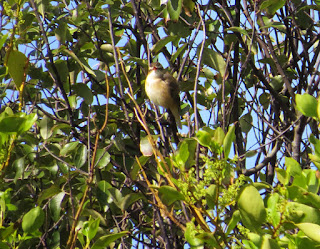 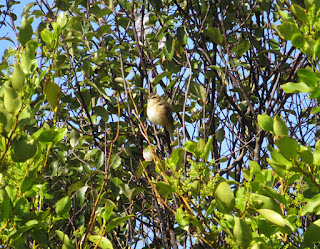 The Sedge Warbler singing. Apologies for the noise of the wind.

I wasn't impressed with the trees being cut back in Bumpers Lane for the new housing estate, especially as there were a pair of Chaffinches on top of the Sycamore looking really agitated.

I spoke to the Tree Surgeons and they informed me that they had been given permission from Weymouth & Portland Council. I did question what happened to the Wildlife & Countryside Act 1981 where it states that tree and hedge cutting should not be undertaken during the bird nesting season, which is between 1 Mar - 31 Jul.

In the end after I rang the National Wildlife Crime Unit, 2 police officers arrived on the site and apparently the tree surgeons had carried out all the required checks. In the end it was 2 huge leylandii which were cut down. 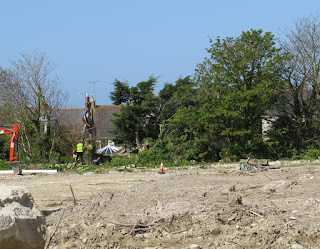 That's one tree felled I wonder how many more. 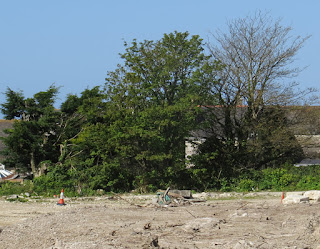 Are these next. Fortunately not it was just the 2 leylandii