With Church Ope Cove packed with weekend visitors I gave the beach a miss and from Penns Wood cut across to Penns Weare via the grounds of St Andrew's Church. The weather today was really sunny with wall to wall blue skies, so I was hopeful for some good sightings and in particular butterflies.

In fact the butterfly sightings were more than good with at 28 plus Peacocks counted. Most were in pairs, with a few trios and a couple of singles. The Small Tortoiseshells weren't far away from where I had seen them last week along Penns Weare and a new for year was a Comma in the grounds of St Andrews Church.

Other than the butterflies I managed 8 Wheatears, most of which were up by the OP Here. Other migrants were 10 Chiffchaffs with a couple of singing birds in and around Penns Wood. 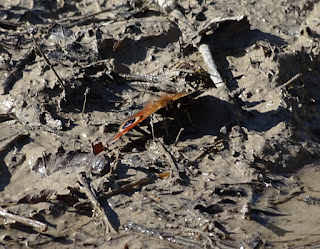 Close to Wakeham Wood there are a few muddy puddles and this is one of the 3 Peacock  butterflies drinking from them. 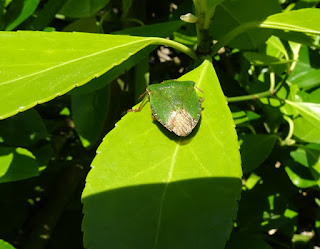 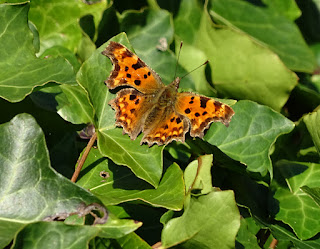 My first Comma of the year. This one on the Ivy in the grounds of St Andrew's Church. 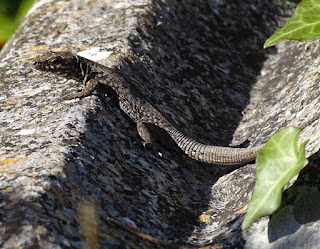 Also in the grounds a Wall Lizard. 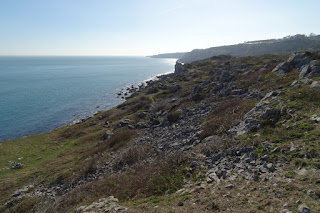 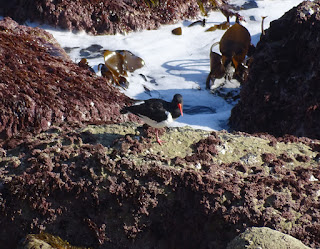 Along the shoreline an Oystercatcher feeding on the exposed rocks. 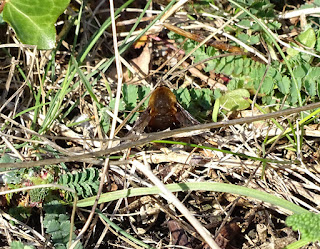 My first Dotted Bee-fly on Portland. Interestingly enough I had a Dark-edged Bee-fly along this stretch last April. 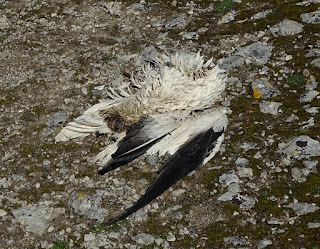 Not something I was expecting to come across, the remains of a Great Black-backed Gull. Unless it was ill, I would say its pretty unusual for a formidable gull to be caught by, I'm presuming, a Fox!! 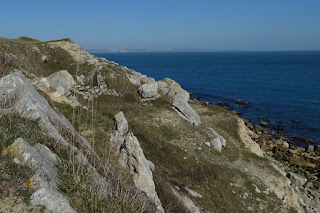 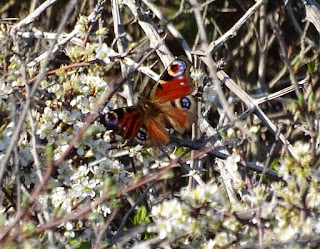 So many Peacock butterflies out on the wing and many courting. I lost count after 28. 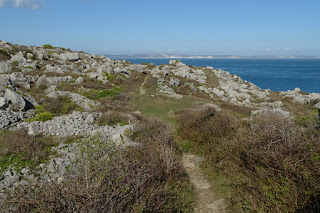 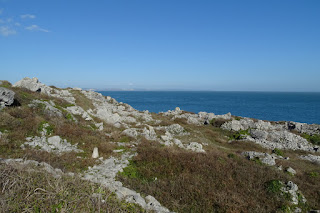 ......right before it in this group of rocks were 4 Wheatear. 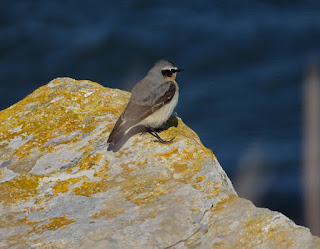 Here are a few photos. This one is a male, just a shame an out of focus piece of grass is across its back. 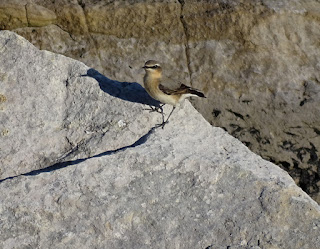 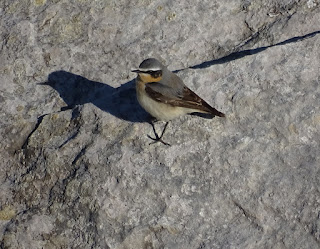 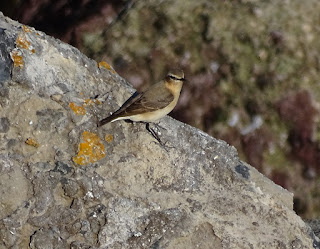 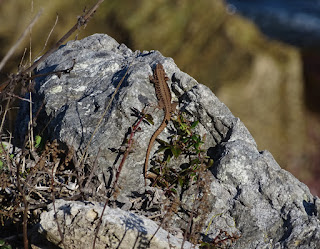 I've not come across many Wall Lizards along Penns Weare. Here's one sunbathing on the rocks. 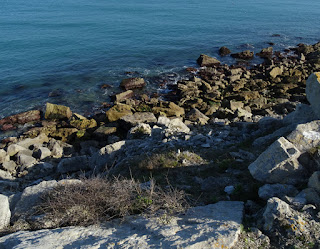 Below the Pill Box there were 4 more Wheatear 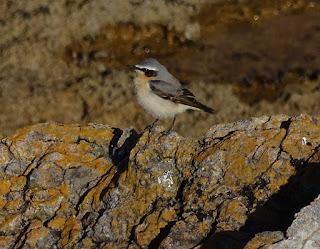 Another male posing for the camera. 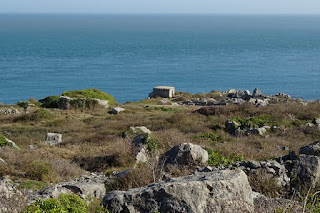 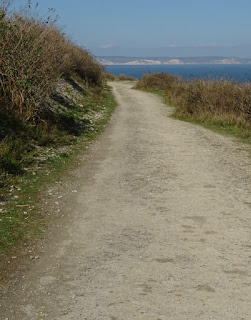 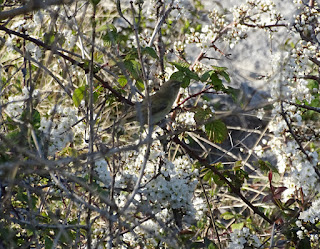 Along here I came across at least 3 Chiffchaff feeding in amongst the bushes. 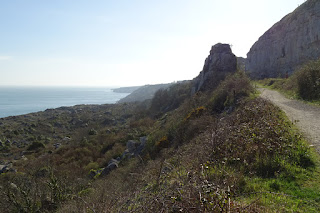 Looking south and on the right the old railway track passes through "The Cuttings". 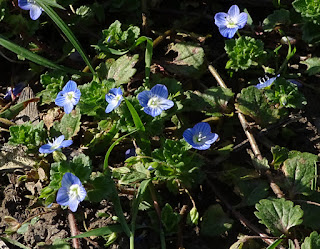 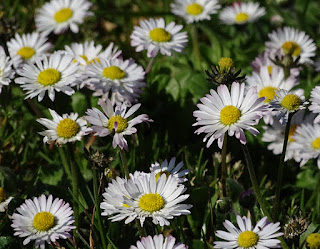 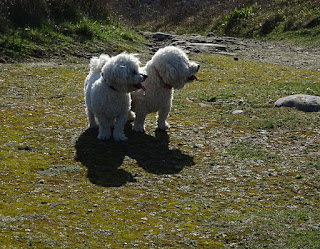 This morning this Dock Bug, Coreus marginatus flew into the Ivy at the back of the house. 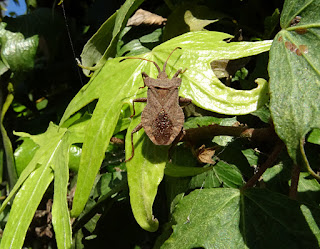 The one and only Dock Bug I found previously on Portland along Penns Weare on 2 Jul 17. More on Dock Bugs Here.