Hooray a day off and a chance to go for a walk. I can't believe my last walk down to Church Ope Cove was 6 days ago.

To be honest not a lot has changed since the 24 Feb,  yet again there was no sign of any of the two female Black Redstarts. Both the Grey and Pied Wagtails were still here, though the female wasn't seen and there were 7 Rock Pipits feeding on the Kelp Flies.

Elsewhere there was a Chiffchaff at the top of the steps close to Rufus Castle and in the grounds of St Andrews Church there were over a dozen Wall Lizards.

At the back of the cove there were dozens of bees in amongst the Hebes, with Honey Bees, Buff-tailed Bumblebees and my first Tree Bumblebee (Bombus hypnorum) of the year. There were lots of flies about especially on the Alexanders (Smyrnium olusatrum) and one or two Common Drone Flies resting on the leaves.

In Penns Wood a Common Green Shieldbug was an early emergent, but having said that they do appear in February. 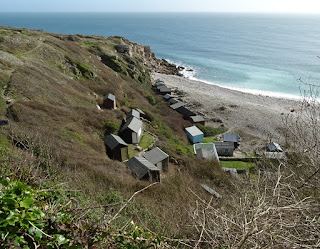 Church Ope Cove from the the grounds of St Andrew's Church 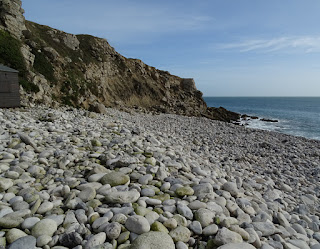 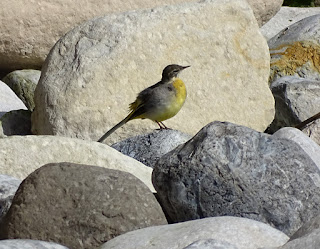 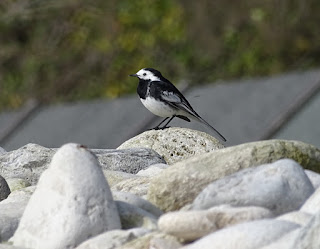 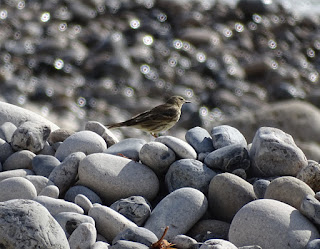 One of the 7 Rock Pipits still on the beach 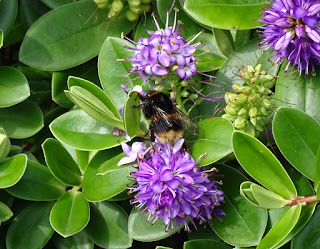 At the back of the cove the Hebes were alive with bees. This is a Buff-tailed Bumblebee. 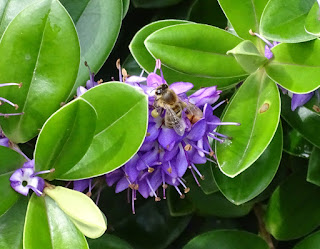 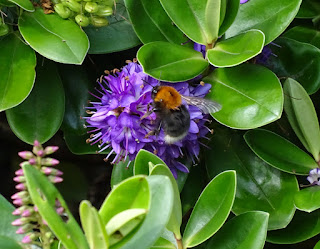 ........a Tree Bumblebee. My first of the year. And a big thank you to my good friend and fellow naturalist Ed Wilson - FoPL, who pointed out to me that my original ID of this bee being a Common Carder Bee was incorrect. I must admit I did think it was a bit on the large size. 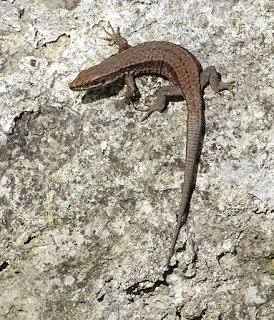 The sun certainly brought out the Wall Lizards. 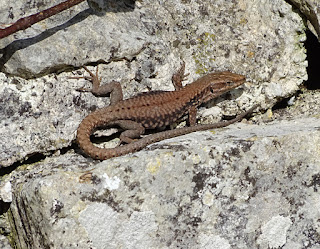 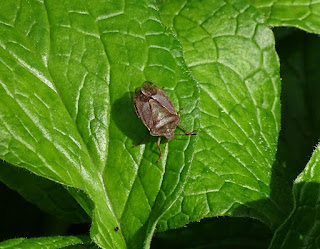 Well they say you learn something everyday and today was no exception. This is a Common Green Shieldbug in Winter Colours. However reading the notes on Naturespot it says that Common Green Shieldbugs turn a darker bronze-brown prior to Winter hibernation. I guess this unusually mild weather woke it up prematurely. More on this Shieldbug Here. 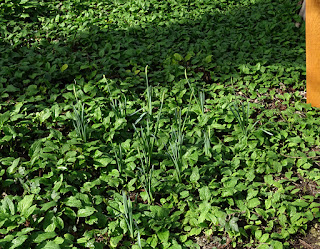 A few Daffodils close to blooming in Penns Wood. 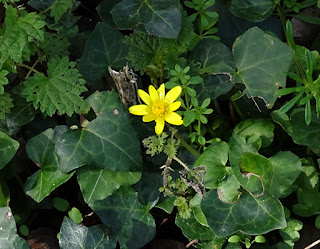 This is Lesser Celandine, Ranunculus ficaria and is flowering in a few isolated spots in Penns wood. More on this plant Here