This afternoon as I was heading into Weymouth a Swallow passed overhead heading north over the rooftops. My first for the year.

An extended walk today just on the off chance that i might come across a Wheatear, and my detour paid off with a male along the cliffs at Penns Weare, where there was also a female Black Redstart.

Other highlights included 3 Chiffchaffs at Church Ope Cove where there were 31 Rock Pipits. Also here a Kestrel was sat in a tree watching intensely for any bird to wonder out into the open.

Along Penns Weare there were also a further 3 Chiffchaffs and another Kestrel.

Elsewhere 2 Goldcrests in the grounds of St Andrews Church where there were 3 Wall Lizards all peering out of the same hole. Three pairs of eyes to check for danger before heading out into the sun to bask.

In Penns Wood the Common Green Shieldbug was still in his favourite patch of Russian Comfrey. 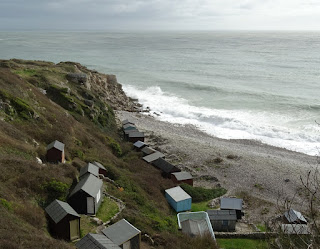 The sea was pretty rough today at the the cove. 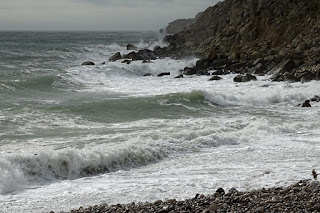 And appeared even rougher at the waters edge. 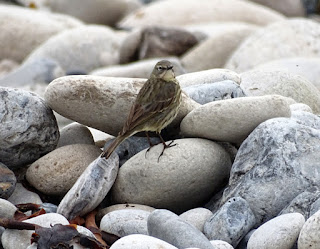 The gale force didn't seem to put the Rock Pipits off with another large total of 31 birds feeding on the Kelp Flies, though judging........... 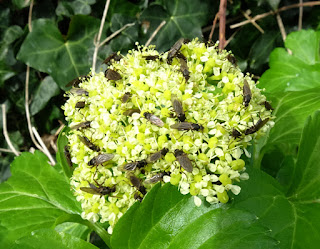 ...........the number of Kelp Flies on the Alexanders there probably weren't that many on the beach. 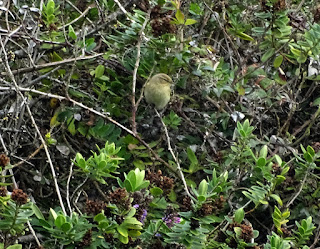 The numbers of Chiffchaffs has dropped off and today........ 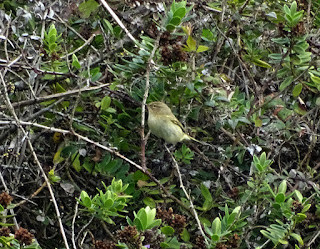 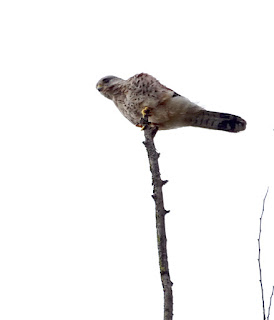 As I walked down the steps to the cove one of the local Kestrels was directly above my head eyeing its next meal. 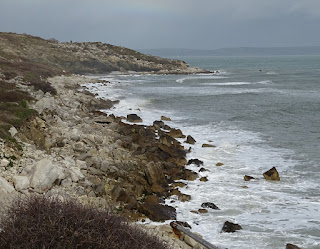 Heading north along Penns Weare and that sea is still pretty rough........ 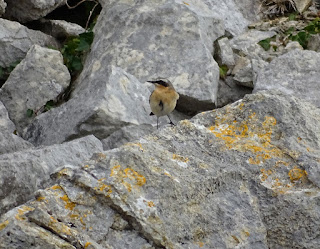 .......however it was still sheltered enough along here for my first Wheatear of the year. 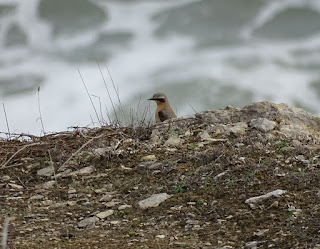 As I walked along the coast path, it kept popping up in front of me. There was also female Black Redstart along here, but seen only once. 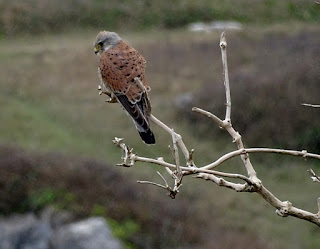 Another Kestrel looking over Penns Weare. 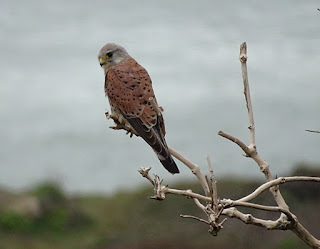 And the same bird from a slightly different angle. 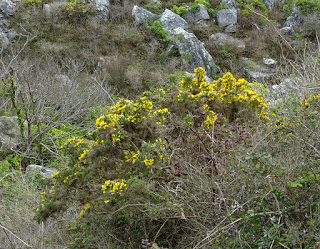 The Gorse is out. 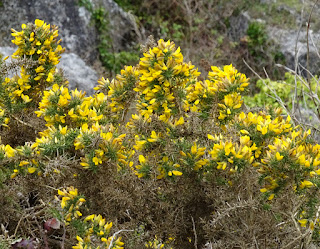 It certainly adds a bit of colour to an otherwise bleak looking landscape. 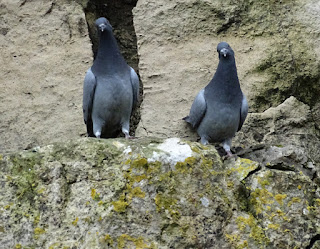 And the noisy of juvenile 'Portland Rock Doves'. These two have been calling away in their nest for a few weeks now. And it looks like they have fledged. 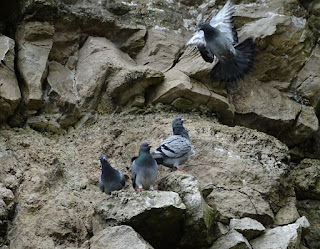 And here are the parents far left and top right. Obviously not pure Rock Doves, but pretty close. The main difference being the size of the white cere which is much larger on these feral birds. Also the legs are a lot pinker in these birds. And if we could see the rump and it was white then it could be a Rock Pigeon. However, the large cere and pink legs are two good indicators that this is a feral pigeon. More on these features Here, when I was in Swindon and some great examples of both rock and feral Here. 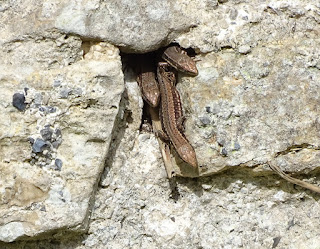 It looks like a case you first, no you go. These 3 Wall Lizards are exiting their hidey hole, but are cautious of what might be waiting for them. They have good reason to, as the local Robins are pretty good at picking them off. 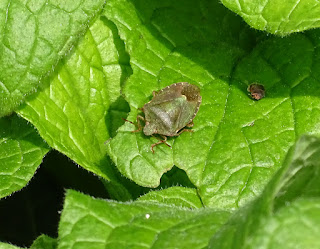 The Common Green Shieldbug in its favourite patch of Russian Comfrey in Penns Wood. 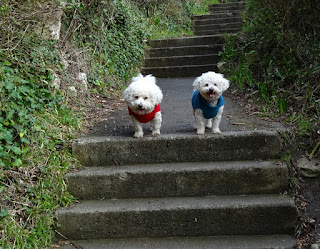 And the two boys Benji and Ted enjoying their walk today.