Mid-afternoon I popped into the Observatory and then walked back along the road to Culverwell. Good numbers of Golden Plover here in the fields and with them Meadow Pipit, Skylarks, Redwing and Fieldfare. At Culverwell there was a Firecrest and whilst I was standing there a Snipe flew in briefly and then flew east across the fields. Later as I was leaving another bird was also flying about.

In the car park of the Obs was a very obliging Meadow Pipit, which I'm guessing was the same bird by the feeders, when I returned after my walk. 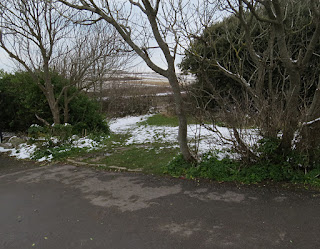 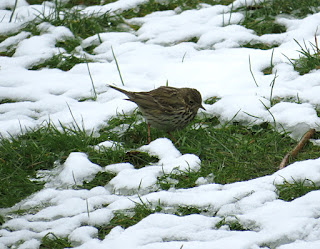 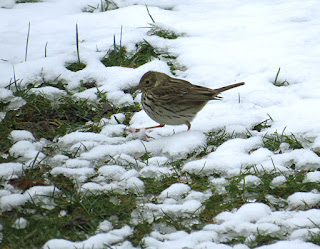 A Meadow Pipit takes shelter in the Obs garden 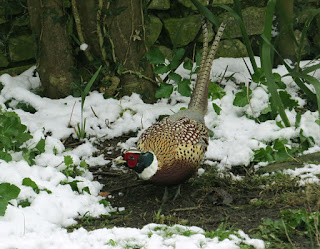 Whilst under the bird table a male Pheasant. 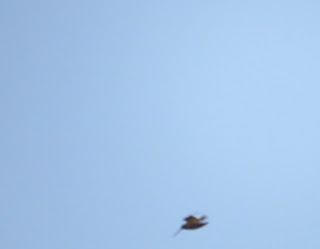 A Snipe comes into land at Culverwell. 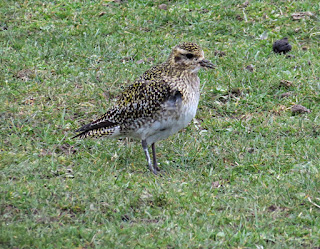 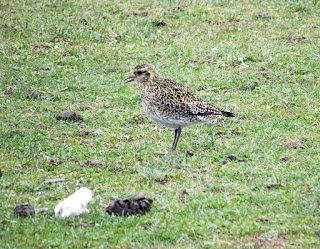 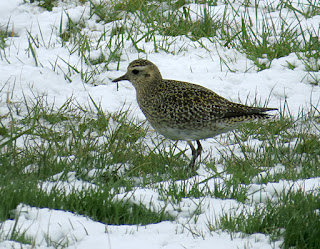 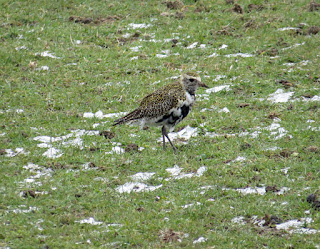 However there were a few males..... 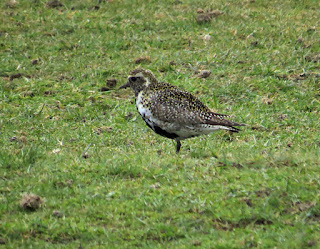 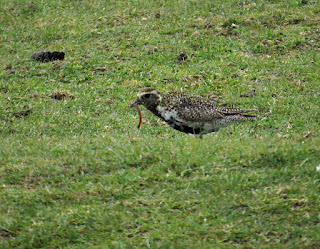 Fortunately despite the low temperatures they are able to find worms. 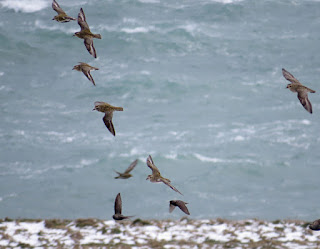 Golden Plovers and 2 Starlings in flight. 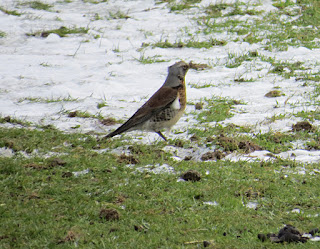 Also with the plovers a few Fieldfares. 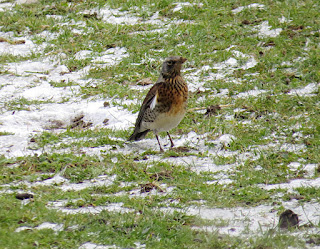 This one has a feather out of place. 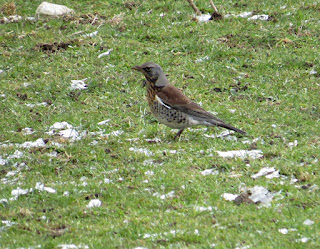 A Fieldfare feeding in the lower fields southeast of Culverwell. (Very windy as well) 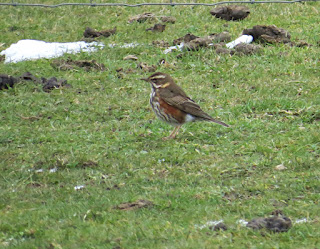 This is its smaller cousin the Redwing.

A Redwing feeding in the lower fields southeast of Culverwell. (Still very windy as well) 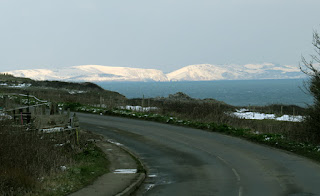 The view north towards Durdle Door covered in snow.

At around lunchtime I dropped into to Ferrybridge just as 2 Grey Plover flew off towards Portland. Apart from a Great Crested Grebe and Turnstone it was pretty quiet here. 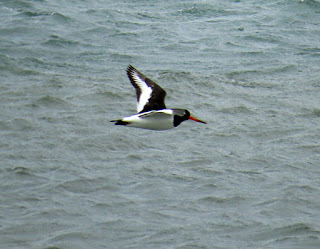 One of the many Oystercatchers at the Ferrybridge 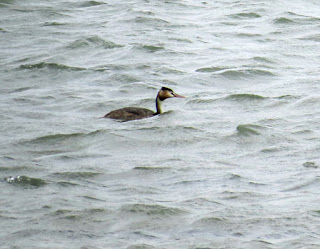 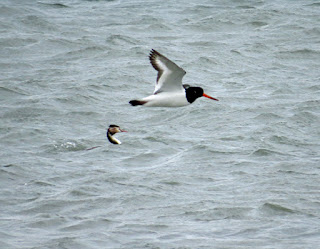 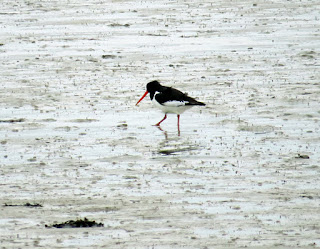 Another Oystercatcher, this time on the exposed mud in Portland Harbour......... 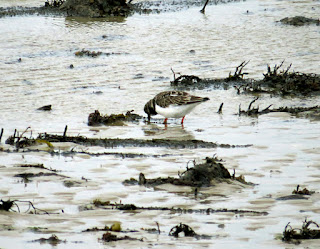 ....where there was also this Turnstone. 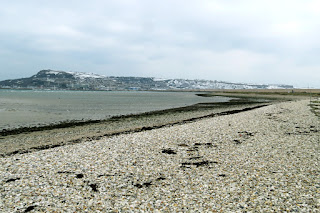 The view from Billy Winters towards a snowy Portland.

The male Blackcap was back again this morning and was on the both suet pellet and sunflower seed feeders. 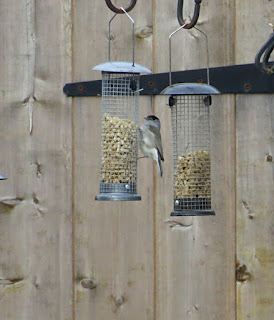 My first half-decent shot of the male Blackcap

In late January and February I had a female Blackcap visiting the feeders, so its nice to see a male this month. 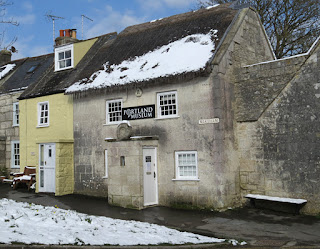 Icicles hanging off the roof of Portland Museum at the bottom of Wakeham.

A few images of the snow around the cove, wood and church 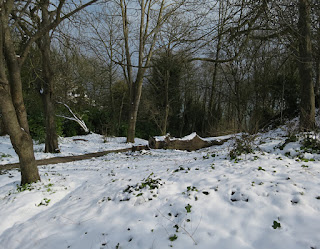 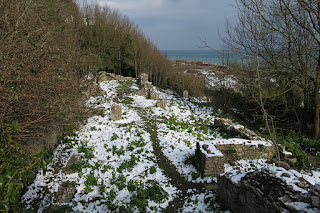 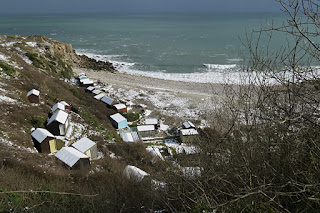 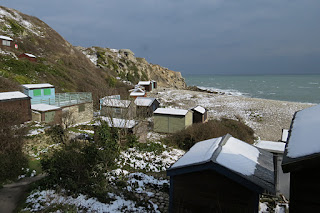 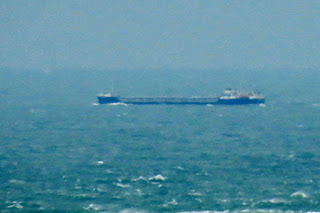 Here is the General Cargo vessel, Shetland Trader, flying the flag of Barbados. Its on its way from Ellesmere to Cowes. More on this vessel Here.