A late morning walk down to Church Ope Cove via Penns Wood. Highlights today were 2 Firecrests and a Goldcrest in Penns Wood and 2 more Firecrests at the back of the cove.

Here are a few images and a video from today: 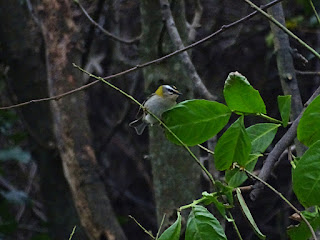 A better shot of one of the two Firecrests in Penns Wood. 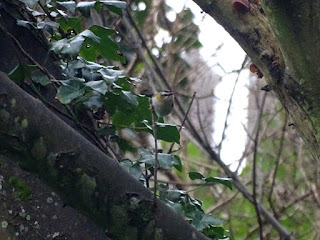 Here is the second bird. 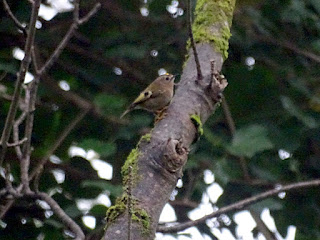 Not a brilliant photo I'm afraid, but at least you can see the distinct difference between this Goldcrest and the Firecrests in the above photos. 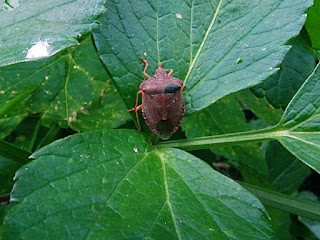 A Common Green Shieldbug in Winter colours. Well at least I think it is. There's just something about it. Could it be a Red-legged Shieldbug. 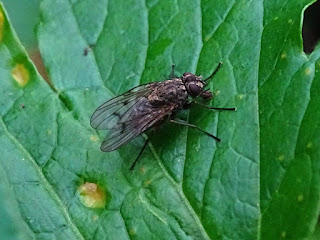 This is the Muscidae Fly Phaonia tuguriorum and is one of the first flies to appear in the year. More on this fly Here. 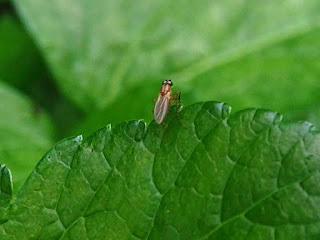 This is a Yellow Spear-winged Fly (Lonchoptera lutea) on an Alexanders. More on this fly Here. 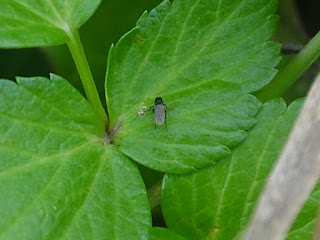 .................began "dancing" around on the leaf of this Alexanders and flashing its wings in an upwards motion. This is a member of Phoridaea family. Small, hump-backed flies resembling fruit flies. Sometimes known as the Scuttle Fly (Phorid sp.) due to its habit of running rapidly across a surface, rather than fly. 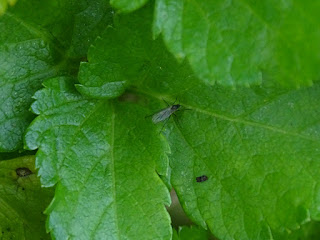 This is a Dark-winged Fungus Gnat (Sciarid sp.) of which there are many species. 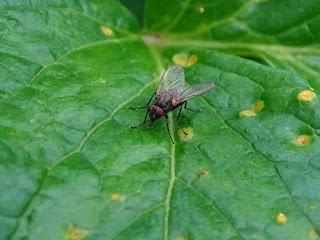 I did well today identifying 4 flies, but sadly not with this one!! 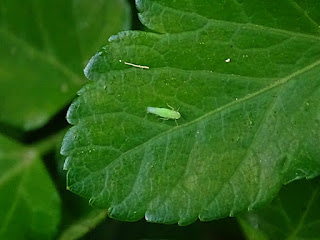 And a Leafhopper (Empoasca vitis)