With the arrival of Storm Dennis just a few hours off, it was off down to the marina to make sure that all the mooring ropes were tied off on "Star". En route I stopped off at Chesil Cove, just to see if anything had been blown in. There were certainly a lot of gulls, mainly Herring Gulls and the odd Great Black-backed Gull, but not a lot else.

As I walked along the pontoons towards "Star" there were 2 male Red-breasted Mergansers feeding close-in. However it wasn't until I left that 3 Great Northern Divers appeared. A "pair" were tight into the boulders in front of "The Boat that Rocks" restaurant and a lone bird was right at the back of the marina. Unfortunately the weather really deteriorated and all sorts of error messages were appearing on my camera. I was amazed it still worked as the rain hammered down.

Here are a few images and videos from today: 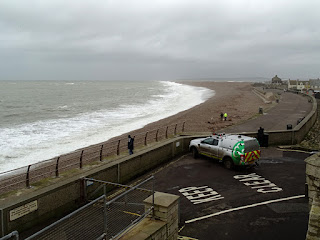 The Environment Agency keep an eye on the approaching storm at Chesil Cove. 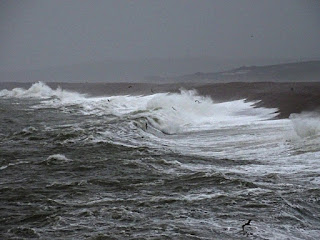 As the waves begin to crash onto Chesil, so the gulls work their way along the churning surf for a morsel or two. 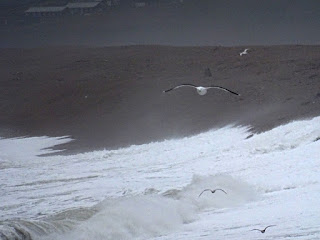 A Great Black-backed Gull makes its way along the beach. 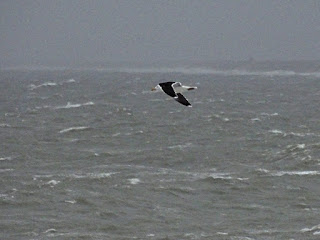 Here another Great Black-backed Gull makes its way out to sea. 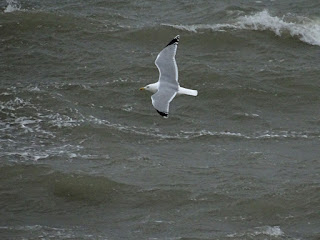 An adult Herring Gull, one of many along Chesil.

Just a few waves crashing onto the Chesil. Later when the wind speed increases, I should imagine these waves will be a lot higher up the beach. 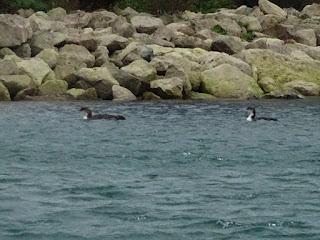 In the marina were these two Great Northern Divers. 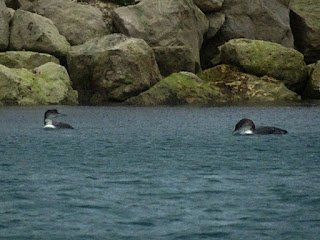 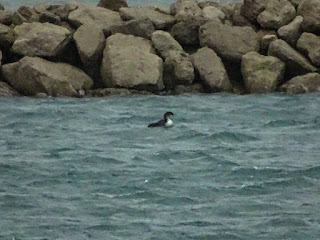 Further out in the marina another Great Northern Diver. 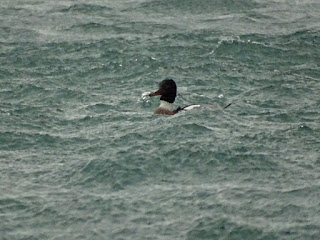 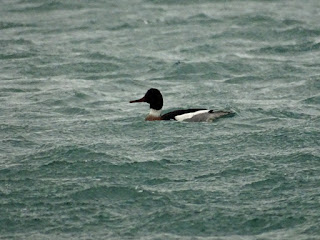 The Red-breasted Mergansers were only on the surface for a few seconds, before diving back down in search of a meal.