Work has started on the new housing estate behind the cottage, well actually it started yesterday, not that you could see anything in the dense fog. Yesterday Bumpers Lane was closed off to the Portland Stone lorries and despite a few lorries turning off Wakeham into Bumpers, all the drivers got the "message" that access is only possible via The Grove. That's going to go down well with the residence in Easton.

Back to today and the fog lingered for most of the morning, and apart from a brief sunny interlude it was back to grey skies late afternoon. On the feeders were 3 Goldfinches, 2 Great Tits, a Chaffinch and a Blue Tit sporting a metal ring on its leg.

Overhead the gulls were noisy at times during the day, but despite sticking my head out in the hope of seeing a "Osprey" or any raptor, there didn't appear to be anything about. Just Herring Gulls being Herring Gulls!!

Only real highlight today was a Lesser Redpoll passing overhead, my first for the year. 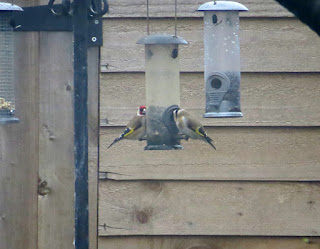 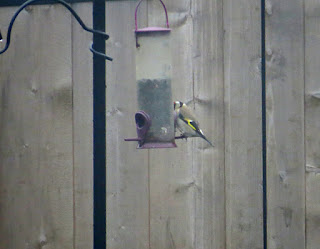 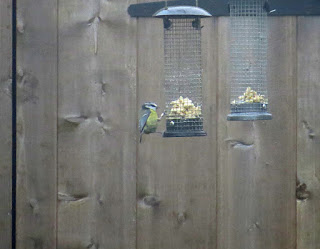