A nice walk today in the sun, though that easterly wind has still got a bit of a bite in it. Despite the extended walk there were surprisingly few highlights, with just 3 Chiffchaffs in the grounds of St Andrew's Church and 2 along Penn's Weare. Other than that there were no other Spring migrants seen or heard.

And there was no sign of any Large Tortoiseshells either and the only butterflies seen were 6 Peacocks on the Blackthorn halfway up the sooth facing slopes at the cove.

However with the sunnier and drier weather there were certainly more bees about and 2 new for year for me were a Hairy-footed Flower Bee and a Grey-patched Mining Bee.

And it looks like there might be a few Brown-tail Moth caterpillars about with around 6 "tents" close to Wakeham Wood. The caterpillars are pretty small at the moment and difficult to ID, but are most likely to be Brown-tails. 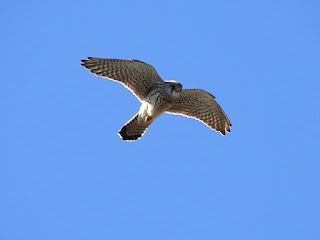 A Kestrel over Penn's Weare looking for its next meal. 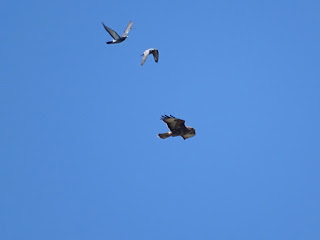 Also along the Weares were a pair of Common Buzzards. As I was watching this individual, these two feral pigeons flew up from their nesting site at The Cuttings and made a bee-line for it. They made a couple of passes and realising that the Buzzard wasn't a danger headed back down to cliffs. 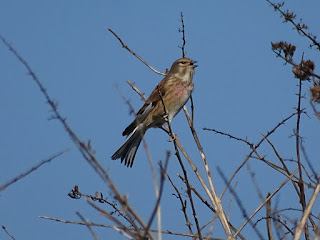 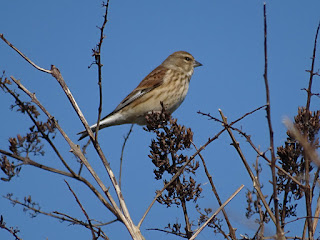 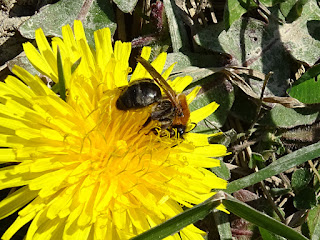 And this is a Grey-patched Mining Bee (Andrena nitida), which I found in Bottom Combe Railway Cutting. 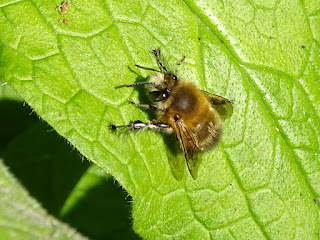 And also another new for year was this male Hairy-footed Flower Bee, which was on Comfrey in Penns Wood. An amazing bee that can actually hover, which it did more than once as I watched it. The females are all black. More on this bee Here. 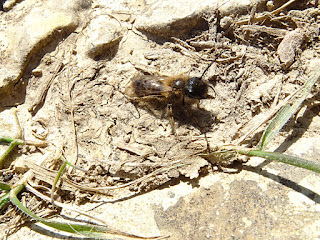 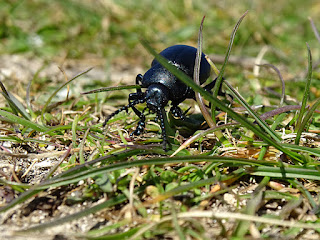 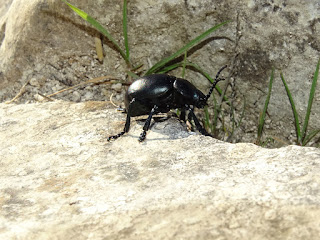 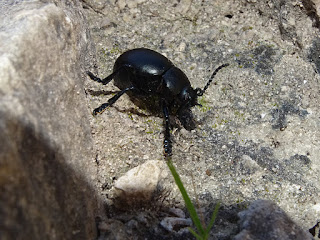 They get their name from the fact that if they are "annoyed" they can secrete a red substance from the mouth. 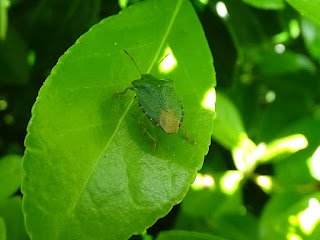 A Common Green Shieldbug. Probably the commonest shieldbug I have come across on Portland. 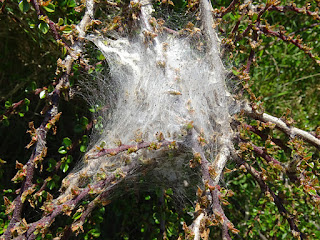 Its early days yet and the caterpillars in this "tent" are very small. Give it a few more days and hopefully I will be able to identify them. My money is on Brown-tailed Moth caterpillars. 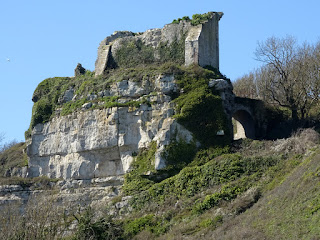 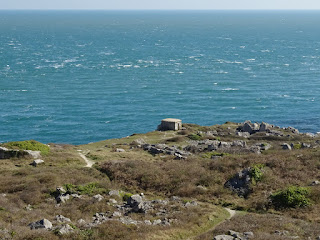 One of the two WWII Pill Boxes on the Weare. 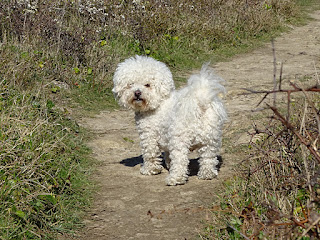 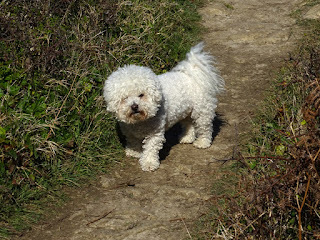 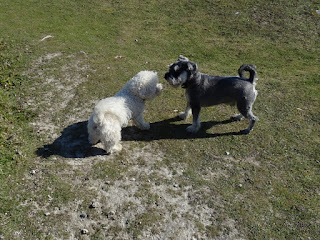 And on my walk it was good to see others were taking the Government and NHS's guidelines with respect to keeping our distance from others. This was my one walk today and though there were others out, everyone was standing well back and allowing the other to pass by safely. The grey dog here with Ted is my neighbours and is called Charlie.