What started off as another sunny day, ended again in cloud cover. I just missed seeing a couple of Large Tortoiseshells at the cove by about 10 minutes, but at least its good to know that they are still about. My good friend Andy had a very tatty one yesterday, which at first glance you would have passed off for a large Comma. It was well worn.

So today's highlights was pretty good actually with 3 Chiffchaffs, a Firecrest and a Goldcrest in Penns Wood, with one of the Chiffs singing. At the back of the cove was another Firecrest and a single Chiffchaff.

Despite not seeing any of the Large Tortoiseshells I did at least have a couple of Peacocks. And had I got there earlier I would have had a couple of Brimstone's as well, according to the lepidopterists who were already on the beach when I arrived.

Also about were a good dozen or so Wall Lizards in the church grounds, along with Common Droneflies which are now outnumbering the Tapered Droneflies, a few Syrphus hoverflies, a Migrant Hoverfly and an Exephanes ischioxanthus Ichneumon Wasp.

Also found was a 7-Spot Ladybird, maybe one of the two I saw mating a few days ago. And my first wasp of the year a Queen Common Wasp (Vespula vulgaris)

Here are a few images and a couple of videos from today: 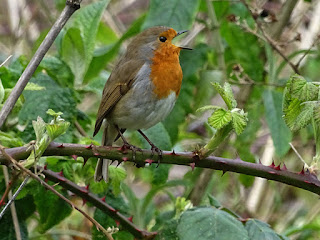 This Robin was certainly belting it out in Penns Wood 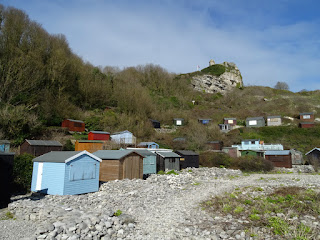 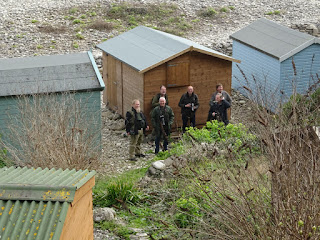 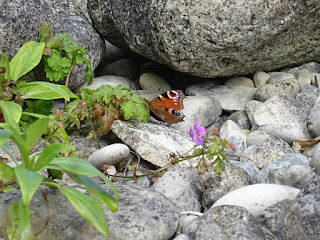 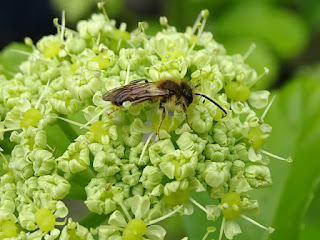 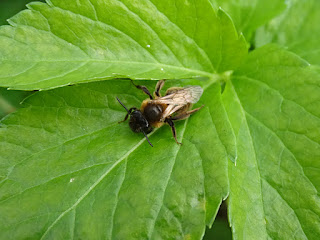 And another Andrena sp. 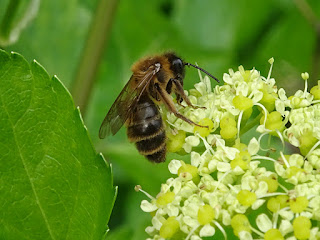 And one more Andrena sp. 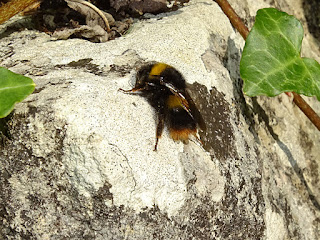 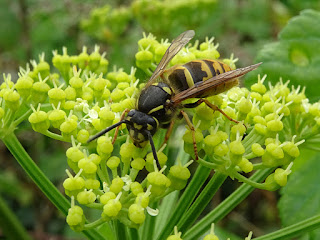 My first wasp of the year a Queen Common Wasp

And she was busy feeding on this Alexanders. 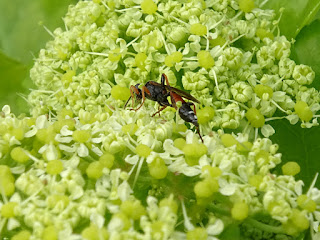 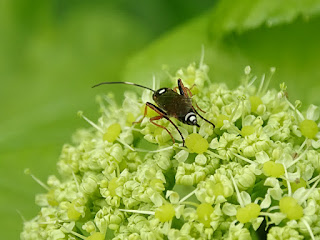 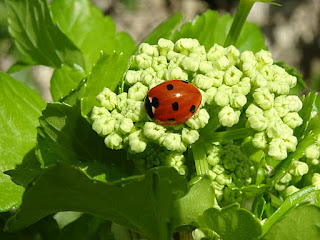 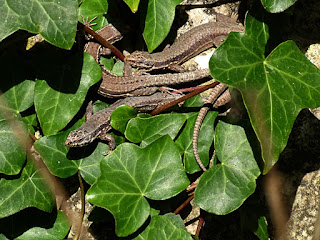 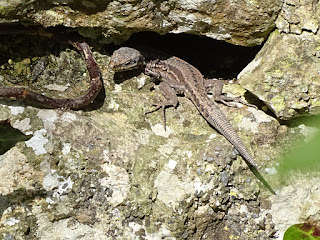 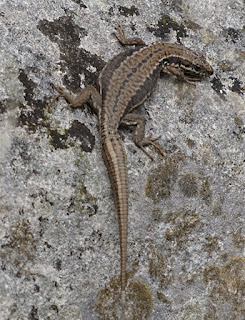 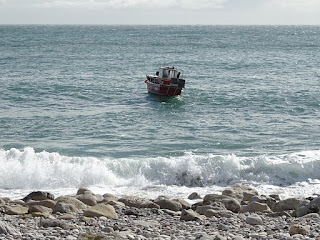 This is the Freya May

As they brought in their nets there were one or two which look like Pollack.