What a beautiful sunny and very mild day. So it didn't come as any surprise to see several Wall Lizards out basking in the sunshine. There were 4 in the grounds of St Andrew's Church and a further 3 just 10 steps up from the beach basking close to the undergrowth.

On the beach there were 2 female Black Redstarts, 1 female Stonechat, 2 Pied Wagtails, the 'Rock' Robin and 12 Rock Pipits. There was no sign of the Grey Wagtail today. At the back of the cove were 2 more Robins in the Hebe behind the toilet block. Also in this area 2 Goldcrests and several Long-tailed Tits.

Long-tailed Tit flocks have been very few and far between this winter, and there certainly haven't been that many in the Church Ope Cove area. The flock today was small but in amongst them were a few Great Tits, Blue Tits and I distinctly heard the call of a Yellow-browed Warbler*. So is there one of these elusive warblers here.

Other highlights were a Raven being mobbed by a Herring Gull, a Sparrowhawk making its way up the slope to Penns Wood and the local Kestrel hunting over Penn's Weare.

Out to sea there was a huge mixed flock of Gannets and gulls feeding frantically on a large shoal of fish. 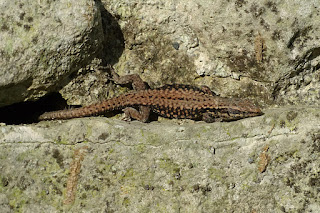 The first Wall Lizards out in the sun this year. 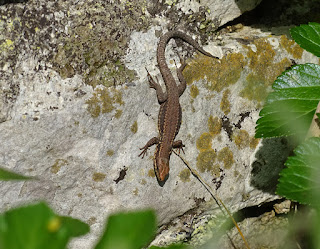 Interesting to note that the first time they were seen last year was on 12 Feb 18. 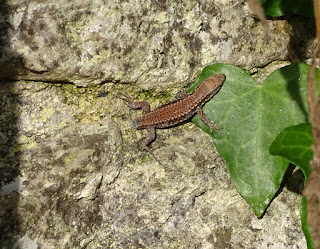 This juvenile Wall Lizard has had a narrow escape. The tail will grow back, but in this case it will be very stumpy. Sadly another Wall Lizard from a couple of years back, named 'Stumpy', didn't fair that well. It was sunbathing in the corner of the church grounds when a Robin flew down and ate it for lunch. 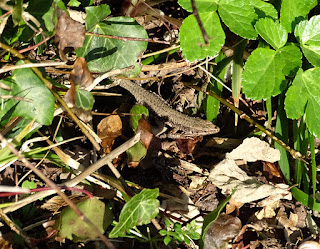 Not in the church grounds, but alongside the steps, just a few feet away from the beach at Church Ope Cove. 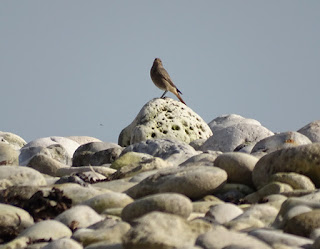 Great to see two female Black Redstarts at the cove. 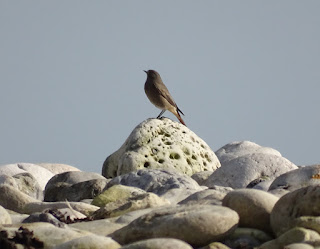 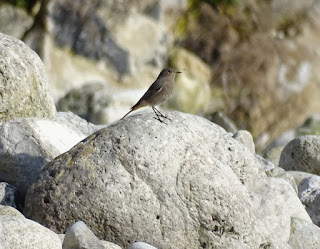 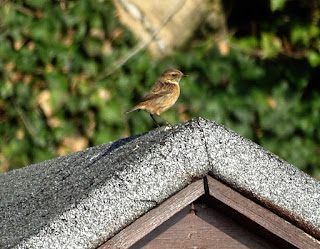 Still here the female Stonechat. Where else but on a Hut roof. 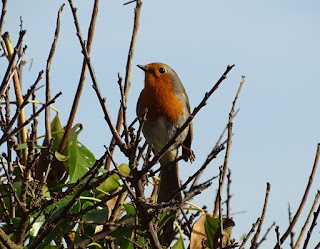 The Robins in the cove are extremely tolerant of humans. I was about ten feet away from this one..... 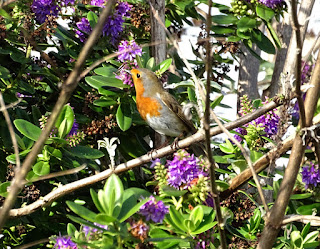 and 6 feet from this one. 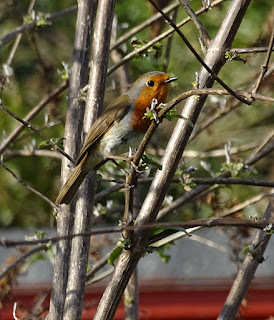 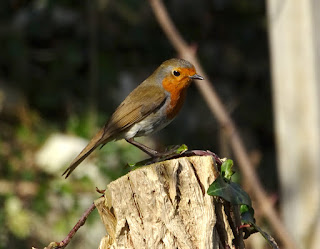 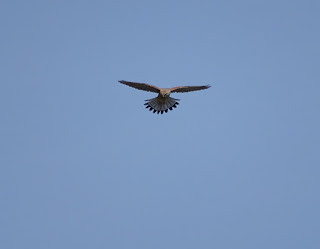 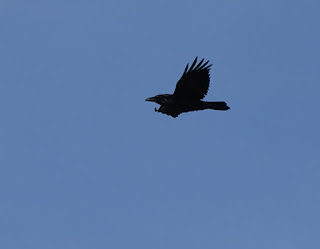 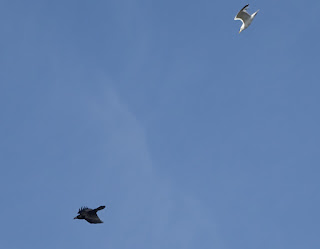 ........from nowhere this Herring Gull dive bombed it. The raven got the message and made its way back over Penns Weare. A Buff-tailed Bumblebee finds a sunny spot to warm up. 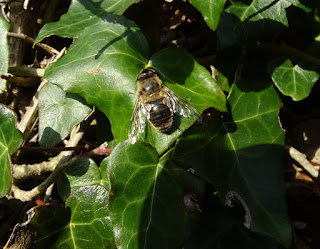 One of a few Common Droneflies out on the wing.

* Note: On a few of my walks to Church Ope Cove via Penns Wood I have on a few occasions heard what I thought was a Yellow-browed Warbler calling in the woods. But none as clear as the bird I heard today. Unfortunately time was against me and I couldn't carry out a search for it. Here is an example of the call heard Here. 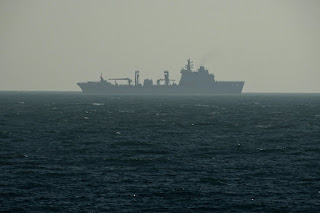 This is the British Replenishment Ship 'RFA Tideforce' on manoeuvres around Portland. More on this vessel Here.